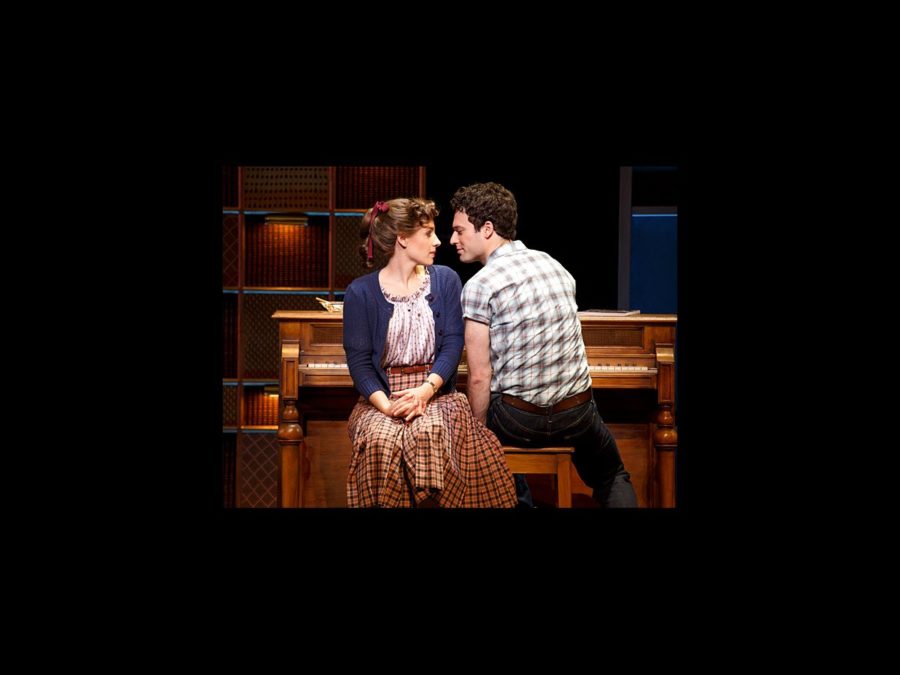 
You don't have to look "way over yonder" to get a lovely first look at Beautiful: The Carole King Musical, based on the Grammy-winning singer-songwriter's life and music. Directed by Marc Bruni, the new musical is currently playing at San Francisco's Curran Theatre through October 20 and will begin Broadway previews November 21 at the Stephen Sondheim Theatre. Starring Tony nominee Jessie Mueller as Carole King, Beautiful tells the true story of King's rise to stardom, from being part of a hit songwriting team with her husband Gerry Goffin (Jake Epstein), to her relationship with fellow writers and best friends Cynthia Weil (Anika Larsen) and Barry Mann (Jarrod Spector), to becoming one of the most successful artists in music history. Featuring a book by Douglas McGrath, Beautiful follows King from her early days as a Brooklyn teenager struggling to enter the record business to her years spent as a chart-topping music legend. Take a precious peek at the sure-to-be inspiring show before it lands on Broadway!