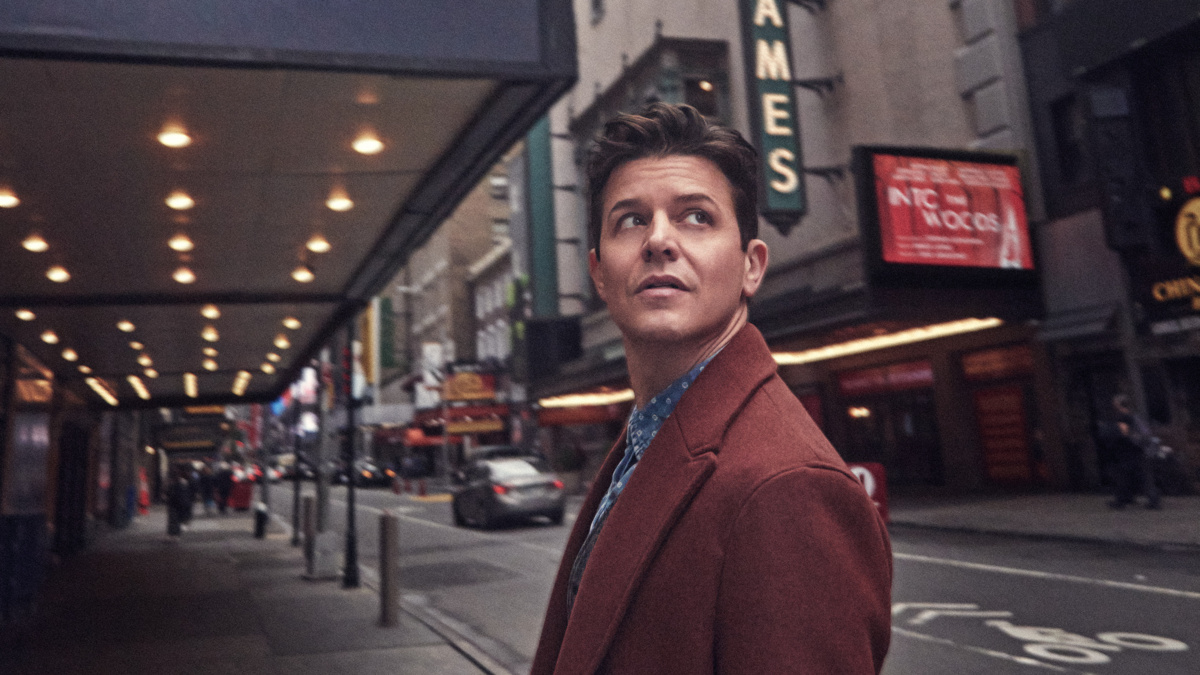 Meet Jason Forbach, the Understudy Doing Double Duty in The Phantom of the Opera & Into the Woods

Jason Forbach is used to saving the day. He began his Broadway career in 2014 as an understudy in Les Misérables, eventually taking over the role of Enjolras. For the past five years, he’s been a vacation swing for Raoul in The Phantom of the Opera. When Into the Woods first arrived at New York City Center, he joined the team as the only standby for all the male leads, not knowing that he would go on to open the production as Rapunzel’s Prince and play a majority of the short run. As the revival transferred to Broadway, so did Forbach, who helped lead the cast as the Baker on opening night at the St. James Theatre. Now, Forbach is taking a brief leave from the Woods to go back across 44th street to the Majestic Theatre where he will play the role of Raoul full-time through December 5. Broadway.com chatted with Forbach about doing double duty, the increase in swing visibility and more.

How did this opportunity arise to lead The Phantom of the Opera while still being an understudy for Into the Woods?
Woods was nice enough to give me the time to go and play Raoul and, should disaster strike, I’m still on call and can come back and help them. Both companies are aware of that. It’s this beautiful perfect way to cap off my time with Phantom and say goodbye to it. I didn’t even really clock my last show there because we always say ‘You’ll be back.’ This is truly the one time where I was like, ‘Oh no, I won’t be back.’ This is that opportunity to say goodbye to this beautiful show in the best way possible.

What has it been like to walk down the street between both the St. James Theatre and the Majestic Theatre?
I have been with Phantom since the 30th anniversary, and the 35th is now quickly approaching. I’ve always been a vacation swing, which has been lovely and is a full-time job because there’s always a need for people to be in there. With Woods, it was just supposed to be these two weeks at City Center, so I was able to maneuver around my Phantom schedule and return back to them. I was actually looking at them put up the signage at the St. James across the street from the dressing rooms of Majestic, and, when Phantom announced their closing, I could see the crowds be wild for Phantom from the St. James. It’s been this fun way to look back at one another.

How are you preparing to go back into Phantom while still being ready for your Into the Woods tracks?
I cover four tracks in Woods. It’s interesting because they’re all in my brain, I just have to have time to mute the other ones. It’s like bringing one file folder forward and pushing the other ones back. It was really scary and thrilling to be thrown on in such an epic way for Woods for the opening at City Center and opening on Broadway. Both with only hours of notice. In retrospect, it’s funny coming back to Phantom with that experience because Woods taught me how to drop into these characters that are so loved with text that is so difficult. I’m bringing a little bit of the joy of Woods back into my Phantom life because it taught me to not hold on so tightly. It taught me how to play and roll with the punches a little bit better.

What has it been like seeing the increase in swings and understudy support on Broadway?
Until this year, it was almost discouraged by actors to even post if they were on as an understudy. This is where [producer] Jordan Roth really leads the way. If producers decide that they’re cool with understudies, then the audience thinks it’s cool. Not only is it cool that an understudy is on, it becomes ‘I want to see how that person does three or four different roles.’ An audience sees a show and they want to trust us. They’re spending a lot of money and want to have a good time. If it comes from the very top that we believe in our team, we believe in our product and we’re going to celebrate it, then audiences fall in line. If [understudies] are relegated to these dark corners, then audiences are going to be like, ‘I saw this understudy and I didn’t see the star.’ Now I get tweets saying ‘I’ve seen you in all of your parts and it’s been so fun to watch your journey.’ That used to never happen. Now here we are able to do our jobs and be celebrated for it. That’s all people want anyway, to be validated and seen for their hard work.

What does this moment feel like for you?
I can’t believe it, but I am so overwhelmed and touched that it’s happening. The abundance of the blessing is not lost on me because I stand on 44th Street every day. I stand between these two beautiful theaters and I cannot believe it. I remember first coming to New York and just wanting to get into an audition room and sitting it in the hall as a non-eq person, not be able to sing for an audition and being so frustrated. I remember working three survival jobs to pay rent. I remember going to classes and singing in clubs and trying to be seen. I just never quit. When I look at these two buildings, I look at them with a childlike awe. I never thought I’d ever be in these theaters and be like this. I just can’t believe this is my life. I’m so grateful.