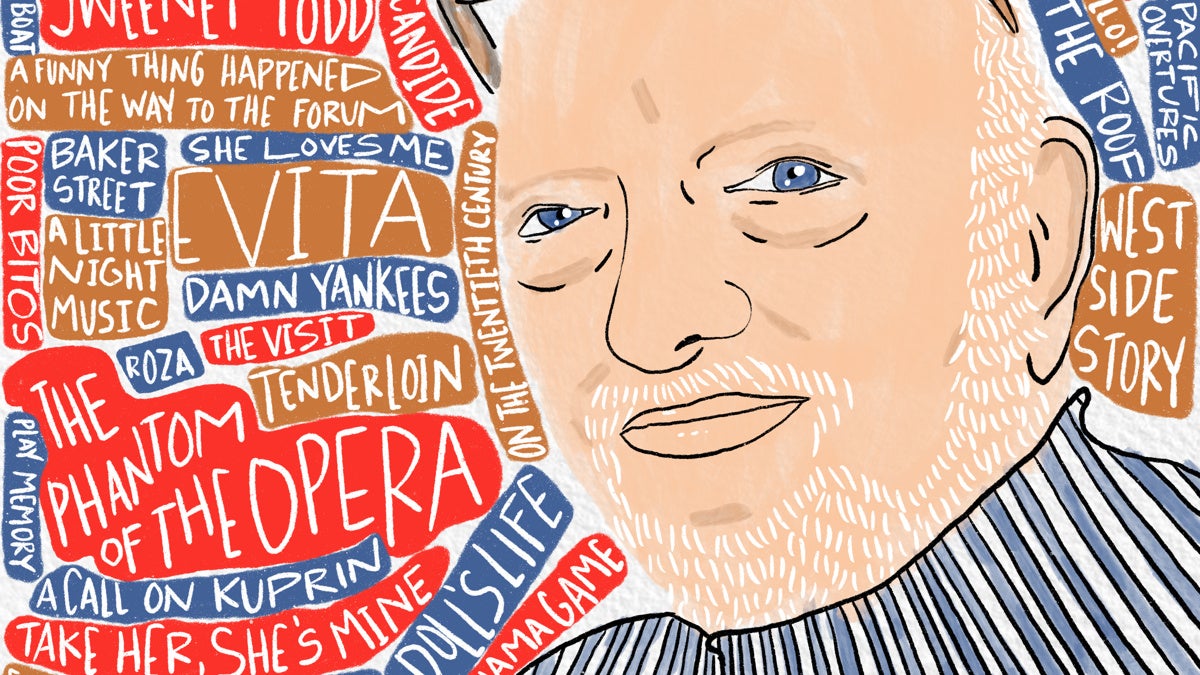 Prolific Broadway producer and director Harold Prince died on July 31 in Reykjavik, Iceland at the age of 91. Evita, Sweeney Todd, West Side Story, Cabaret, Fiddler on the Roof, Follies, Company, Show Boat and the record-breaking musical The Phantom of the Opera were among the many groundbreaking shows he brought to Broadway throughout his career; Prince garnered a whopping 21 Tony Awards over the course of his life. In honor of the passing of this Great White Way icon, Broadway.com illustrator Ryan Casey paid tribute to Prince by drawing him donning his signature specs atop his head, surrounded by the names of all the Broadway shows he lent his talents to. Check out the beautiful caricature in remembrance of one of the Great White Way’s brightest lights.