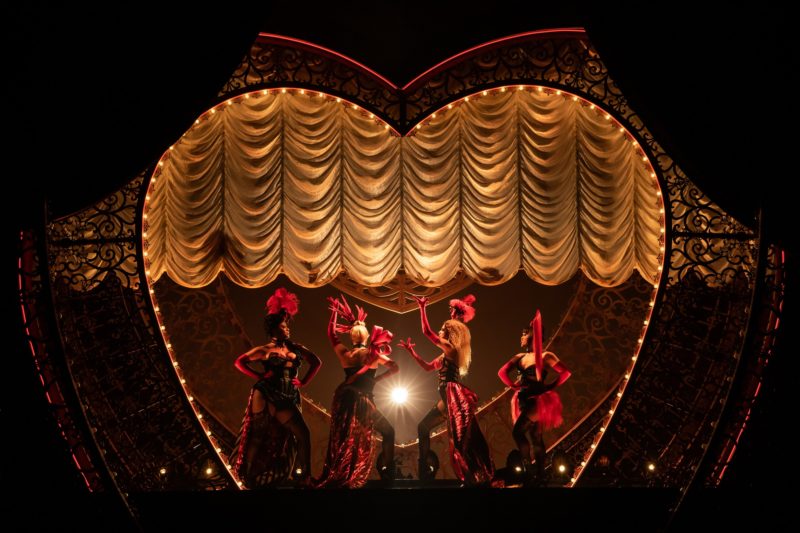 The biggest hits on Broadway are headed to Seattle as part of the just-announced Premera Blue Cross Broadway at the Paramount and Seattle Theatre Group 2022-2023 subscription series at The Paramount Theatre.

Learn more about all of the exciting Broadway shows headed to Seattle below:

COME SEE HOW THE WORLD COULD BE.

Welcome to HADESTOWN, where a song can change your fate. Winner of eight 2019 Tony Awards® including Best Musical and the 2020 Grammy® Award for Best Musical Theater Album, this acclaimed new show from celebrated singer-songwriter Anaïs Mitchell and innovative director Rachel Chavkin (Natasha, Pierre & The Great Comet of 1812) is a love story for today… and always.

Intertwining two mythic tales — that of young dreamers Orpheus and Eurydice, and that of King Hades and his wife Persephone — HADESTOWN is a haunting and hopeful theatrical experience that grabs you and never lets go.

HARPER LEE’S TO KILL A MOCKINGBIRD

The history-making new play by Academy Award winner Aaron Sorkin, directed by Bartlett Sher and based on Harper Lee’s classic novel will star Emmy Award Winning icon Richard Thomas. TO KILL A MOCKINGBIRD holds the record as the highest-grossing American play in Broadway history. Set in Alabama in 1934, Harper Lee’s enduring story of racial injustice and childhood innocence centers on one of the most venerated characters in American literature, small-town lawyer Atticus Finch.

SOME SHOWS YOU SEE. THIS SHOW YOU FEEL.

Joy, love, heartache, strength, wisdom, catharsis, LIFE—everything we’ve been waiting to see in a Broadway show— is here in the exhilarating, fearless new musical based on Alanis Morissette’s world-changing music.

With a Tony-winning book by Diablo Cody (Juno) and Grammy-winning score, this electrifying production about a perfectly imperfect American family “vaults the audience to its collective feet” (The Guardian).  “Redemptive, rousing and real, Jagged Little pill stands alongside the original musicals that have sustained the best hopes of Broadway.” (The New York Times)

You live, you learn, you remember what it’s like to feel truly human… at JAGGED LITTLE PILL.

Pop the champagne, MOULIN ROUGE! The Musical is the winner of 10 Tony Awards® — including Best Musical!

AIN’T TOO PROUD – THE LIFE AND TIMES OF THE TEMPTATIONS

AIN’T TOO PROUD – THE LIFE AND TIMES OF THE TEMPTATIONS is the electrifying new smash-hit Broadway musical that follows The Temptations’ extraordinary journey from the streets of Detroit to the Rock & Roll Hall of Fame.

Nominated for 12 Tony® Awards and the winner of the 2019 Tony Award for Best Choreography, it’s a thrilling story of brotherhood, family, loyalty, and betrayal during a decade of civil unrest in America. Set to the beat of the group’s treasured hits, including “My Girl,” “Just My Imagination,” “Get Ready,” and “Papa Was a Rolling Stone,” Ain’t Too Proud tells the unforgettable story of the legendary quintet that Billboard Magazine named the greatest R&B group of all time.

You Can’t Stop the Beat! HAIRSPRAY, Broadway’s Tony Award®-winning musical comedy phenomenon is back on tour! Join 16-year-old Tracy Turnblad in 1960’s Baltimore as she sets out to dance her way onto TV’s most popular show. Can a girl with big dreams (and even bigger hair) change the world?

Featuring the beloved score of hit songs including “Welcome to the 60’s,” “Good Morning Baltimore” and “You Can’t Stop the Beat,” HAIRSPRAY is “fresh, winning, and deliriously tuneful!” (The New York Times).

More than 35 million people around the world have experienced the smash hit phenomenon that is BLUE MAN GROUP and now it’s your turn! BLUE MAN GROUP returns to Seattle for a limited engagement on their new North American tour. It’s everything you know and love about BLUE MAN GROUP—signature drumming, colorful moments of creativity and quirky comedy—the men are still blue but the rest is all new! Featuring pulsing, original music, custom-made instruments, surprise audience interaction and hilarious absurdity, join the Blue Men in a joyful experience that unites audiences of all ages.

DEAR EVAN HANSEN has struck a remarkable chord with audiences and critics everywhere, including The Washington Post who says DEAR EVAN HANSEN is “theatrical magic. One of the most remarkable shows in musical theatre history.” The New York Times calls it “a breathtaking knockout of a musical.” And NBC Nightly News declares the musical “an anthem resonating on Broadway and beyond.”

For more information about the series and the benefits of being a subscriber, click here.