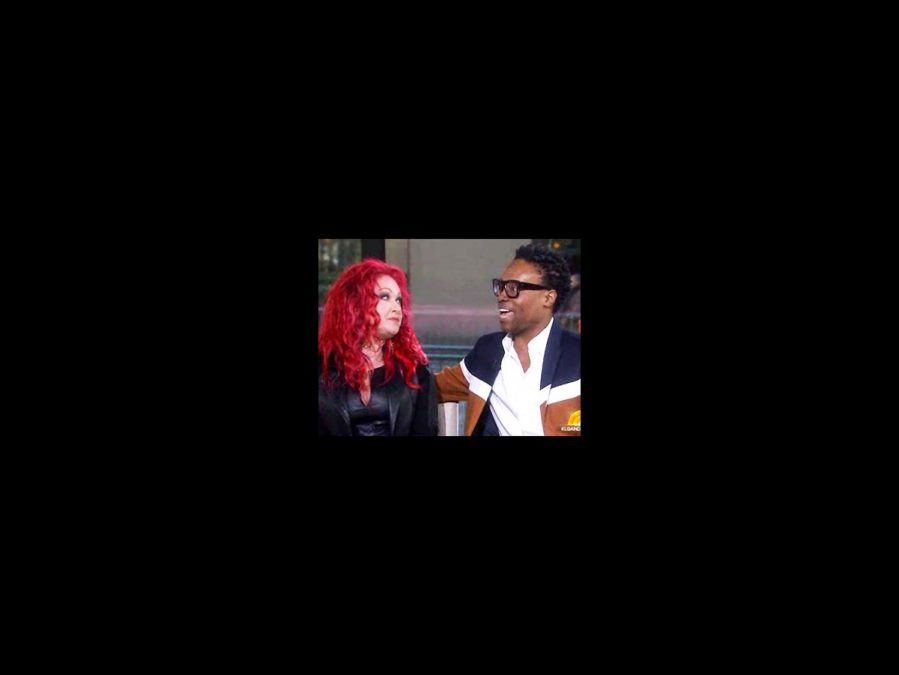 
Kinky Boots recently celebrated its one year anniversary on Broadway and composer Cyndi Lauper and star Billy Porter, who both won Tonys for their work on the production, stopped by Today on April 16 to chat with Kathie Lee and Hoda about the impact that the show has had on their careers. It wasn’t before long the interview became an all-out love fest. Porter called Lauper the “godmother of individuality," adding, “we found each other because we’re very much kindred spirits.” Lauper returned the serve, saying, “I heard his voice…I thought…oh my God! How do we get him? We have to get him!” There’s just too much love to go around! Maybe, just maybe, you two should work on another show together? In the meantime, we’ll have Porter’s new album, Billy’s Back On Broadway, which features Lauper (naturally!) to keep us occupied.